Readers, excuse me while I begin this with arbitrary notes. I took them while sitting in my pyjamas of a Sunday and was just getting the “feel” of the conversation.

1. Women in Australia are having more caesarean sections than before.

On the topic of caesarean sections:

Sarah Harris is concerned with the increase, Ita Buttrose has heard more women are having them to avoid pain, and Kristina Keneally states she would have died without the caesarean section but informed choice is necessary.  One senses they have more to say on this topic but we don’t have all day so it is decided that women choose C-sections in order to become “yummy mummies.”

Cutting through layers of fat, muscle and organs does not quite lend itself to a bounce-back “Yummy tummy “, so one can only conclude it is damage to the vagina, and how men will find intercourse with them post-birth, that women are concerned about.

Joe Hildebrand lets us know that as long as it is safe, he doesn’t mind, which is nice of him.

Carlotta,(who has been a woman far longer than he was a man), is obviously interested in this as he tells us he never knew her father because his mother slept around a lot during the war and “good for her”. He often wishes he knew who his father was, but it’s too late now as Carlotta is 71 years old. The realities of his mum being a single mother in 1940’s Australia is not mentioned except to say those were “the good old days.”

Forgive me if he did in fact mention how the birth was, I may have missed it as I was now more intrigued by Carlotta’s interesting life , which I suspect may have been the point.

In the case of men listening to women for a quarter of the time than they do their mates :

Thankfully, Carlotta  (who is a man) does, and informs us that he never had that problem with his man of 27 years because they were “mates”, and what is wrong in marriages is that men and women aren’t mates. They need to do more things together. ( He might be on to something here. If only the United Nations took this advice on board regarding warring countries.)

Carlotta was kind enough to keep talking,  giving us an example of how he was listened to because he demanded it and expanding on this revolutionary theory of women and men doing things together, as evidenced by attending football games.

( For reasons unknown to this viewer, he stated, before anyone rushed to ask, that he would not reveal what kind of football it was she attended, and he never would. Mysterious!)

Like most women who have wanted to be listened to by men ever since I was born and never having considered doing anything together with them, I wiped some toast crumbs off my shirt and paid attention.

Here is a quick recap of the highlights:

At the game, he became bored sitting with the other wives and girlfriends; he found them “whining ” about men as a matter of fact – so insisted to his partner and the other men that they all sit together.

There you have it…  Carlotta’s insistence that women do more things with men -which coincidentally, means doing things that men like doing (I know, I know, women like football too)-is neatly packaged as an attempt to facilitate and equalize conversation between the sexes and get women heard.

What he really did was ignore women who welcomed him into their circle as a ‘woman’, and then insist that women are whiny, boring, and can only be interesting if they are around men. It served no purpose to him to be found interesting to a bunch of women alone. It might be mean of me to assume his motivation was less about men listening to women, and more about what he wanted, which was to be accepted as a woman, while finding his own kind far more interesting.

But after all, men are so fascinating to themselves, one could almost assume Carlotta became a ‘woman’ in order listen to herself from another angle.

The three women on the panel, and Joe, who had had his ‘joke’ vindicated by the fact, that women are indeed uninteresting, remained silent or nodded throughout this. If women could be real women, like men are when they are Carlotta, (which is impossible), then perhaps men would listen to us.

In case anyone was actually interested  in the matter of increased C-sections in this country, the research shows that women are not so much electing to have this invasive surgery, but being told to do so by doctors, particularly those in private hospitals.

The increase in C-sections has no statistical correlation in decreasing mortality rates of mothers and babies, rather, the risk of complications is higher than in medically unassisted birth. This is alarming to the World Health Organization, midwives, some doctors, and women generally, all of whom may include people who are mothers.

Some medical bodies in Australia are trying to redress this situation of overly performed C- sections. Women are saying they have been pressured into having them by being told it is in the best interests of their babies, whether the babies are at risk or not. Women have been trying to warn other women, but is anybody listening?

If, as the panel suggested, it is really our vaginas being tight and pretty that women are concerned about, it may be worth pointing out, (on the off chance women haven’t heard it about a million times before), that doctors often offer exhausted and bloody post-birth mothers the chance to tighten up our torn or surgically cut vaginas by popping in a few extra stitches. (Tighter than it was before, wink- nudge to dad.)

Perhaps the alarming rise in the numbers of women,(mothers or not), “choosing” to have plastic surgery on their labia and vaginas, could be a topic to explore the next time men take over a conversation that concerns us. Then we can tune in again to be ignored and discussed in relation to how it affects men? Carlotta would have the option to duck out of this one, (women with real vaginas may be distasteful to him) and she was a guest, not a permanent co-host.

Fortunately, Joe Hildebrand is, and I would predict, that as long as the he agrees it is “safe,” even with available evidence to the contrary, women electing to have more medically unnecessary and highly invasive procedures will be just fine by us.

We can discuss it with our male mates at an unspecified type of footy match. I’m sure they’d enjoy that.

Recently there has been yet more fuss about state-run torture.

This is the visible torture that it is ok to be disgusted by, and to protest about.

This is the visible torture that we can hang our political and moral status on – whether the state is Britain, America, Egypt, Iran or Pakistan.

It is ok to be furious that there is tortured by any State on any person, especially if that torture is done to a civilian male.

But every day in every country, under all political systems – the prostituted are being tortured.

The prostituted have been tortured from the beginning of the invention of the sex trade to the moment you are reading this post.

The mass torturing of the prostituted is the largest form of invisible violence that most societies make the decision to ignore.

The torture of the prostituted is inside every cell of their…

Me, you, and books 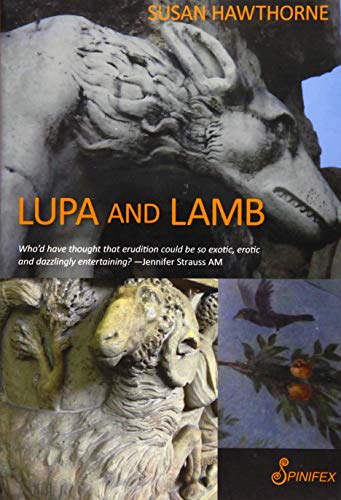 A swirling celebration, told in free verse, of ancient goddesses and strong women from myth and history meeting, exploring, talking and loving.

Susan Hawthorne’s new book of poetry takes readers into an speculative world where women are central.  The poems are structured around the premise of a gathering of women in Rome, invited by the Roman Empress and guided around the city and countryside by the Curatix, Director of the Musaeum Matricum. Those who arrive first explore the vast archives of the museum and ancient documents by and about women/goddesses and visit the ancient ruins of Sardinia. Then the party begins. As more and more guests from various countries and centuries arrive, they talk and sing and act just like women at a contemporary gathering. Pain and anger may surface occasionally, but this is…

These words mean everything.

I am always amazed, and deeply saddened, at how the male-led Left fights for human rights and liberation from Capitalism – but has a blind spot when it comes to the sex trade.

I could on and on and on about how the Left joins with the sex trade lobby to block the abolitionist movement.

The classic blocking method is to claim we must have the…

There’s a [problem] with the equality definition [of feminism.] Even if we could figure out which men are the ones to whom women should be equal, that way of putting it suggests that the point of feminism is somehow to get women to measure up to what (at least some) men already are. Men remain the point of reference; theirs are the lives that women would naturally want. If the first problem with the equality definition is “Equal to which men?” the second problem could be put as “Why equal to any men?” Reforming a system in which men are the points of reference by allowing women to perform as equals “forces women to focus on men and address men’s conceptions of women rather than creating and developing women’s values about themselves,” as Sarah Lucia Hoagland puts it in Lesbian Ethics (1988, 57.) For that reason, Hoagland and other feminists…